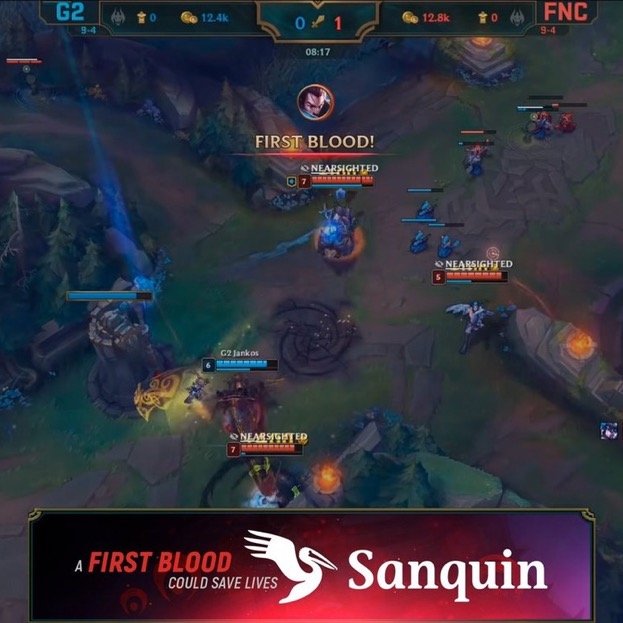 Sanquin and Riot Games are teaming up to increase the amount of blood donors in The Netherlands.

Anybody who has watched the EU LCS can tell you that securing First Blood is one of the most important objectives on the Rift. Similarly, donating blood in real life is crucial for those in need, which is why Riot Games has partnered with Sanquin. Sanquin is responsible for the blood supply in The Netherlands and is on a mission to combat the concerning decrease in blood donor numbers. Now, players are encouraged to go for their first blood donation with #MyFirstBlood, not to win their own game, but to help thousands of others in the battle for their lives.

As a token of gratitude, players who sign up for their first Sanquin appointment will receive the Blood Moon Thresh skin.
You can find the announcement by Riot Games here: https://eu.lolesports.com/en/articles/sanquin-brings-first-blood-to-the-netherlands'>https://eu.lolesports.com/en/articles/sanquin-brings-first-blood-to-the-netherlands.
More info on how to participate: https://www.sanquin.nl/bloed-geven/first-blood/'>https://www.sanquin.nl/bloed-geven/first-blood/.